Since we’ve been working in our Literature class on the story «A Horse and Two Goats», we were asked to write an essay.

In «A Horse and Two Goats» both the main characters have a different way of looking at the world, its significance and its history, but the following essay will analyse if the clash of culturs is the most important theme of the story.

First of all, the clash of cultures can be seen as the horse represents Muni’s past, his ancestors and India’s past but to the American it is just an oject that would look nice for decoration. «and my grandfather himself was this high when he heard his grandfather, whose grandfather…’ the other man interrupted him with, ‘I don’t want to seem to have stopped here for nothing. I will offer you a good price for this,’ he said, indicating the horse», this quote shows how Muni was trying to explain its history but the foreigner showed no interest in knowing it nor what the statue represented. It also represents the lack of understanding which is another theme since throughout the story, the two characters can’t seem to be able to figure out what the other one’s saying.

Secondly, the clash of cultures can also be interpreted as the clash of the first and third world since Muni is desperate for money while the «red-faced man» has spare money. «… the red faced man took a cigarette and gave it to Muni, who recieved it with surprise, having had no offer of a smoke from anyone for years now. … Nowadays he was not able to find even matches», this quote shows how the protagonist had lost the luxury of smoking many years ago and how now, he struggled with affording matches. Meanwhile, the American claimed that he was not rich even though he could pay for his business to be sponsored on TV. This clearly shows the different levels of development, which is also a theme: modern and underdeveloped countries.

On the other hand, the stroy deals with other themes as well, such as the disappearance of Indian culture and coloniser vs colonised which can be seen when the statue is taken away and forgotten by the coloniser.

All in all, the clash of cultures is a very important theme since its represented in many different aspects but «A Horse and Two Goats» also revolves around other themes.

In our Oral class, with our teacher Daniela we studied what legends were so that afterwards,  we could work on a presentation about a legend, myth or an urban legend of our choice. With Jose, we chose to talk about the Greek myth, Icarus.

This is the presentation that we made.

Our teacher, Pilar, had asked us to analyse certain topics of the story «An Astrologer’s Day», but since we hadn’t understood the task very well, she asked us to do it again for homework as an opinion piece.

“An Astrologer’s Day” is a short story about a man who works as an astrologer but is actually a fraud. He doesn’t really study the movement and position of the sun, moon, planets and stars to then, describe the effect that these have on people and their lives. “He knew no more of what was going to happen to others than he knew what was going to happen to himself next minute”, this quote conveys that he had no idea how to predict people’s future since he couldn’t even predict his own, or even how to predict what was going on in people’s lives. But one day, a client approaches his stand and asks him to ‘say stuff about him’, but not the typical open answers that everyone can relate to. He wanted more personal stuff that could actually prove that he was an astrologer. What happened was that the men had already met. In their youngerster days they had fought in a bar and since Guru Nayak, the customer, was stabbed and left to die, he had come to that town after many years looking for revenge.

The story takes place in India and we can figure this out since there are words from the Indian dialect, such as “jaggery” and “pyol”, or because annas and rupees are mentioned and they were the currency used in India, or because it is mentioned that the astrologer wore a “saffron-coloured turban around his head” and finally, because a “cheroot” is mentioned which is a type of Indian cigar.

In the story you can also find ironic elements such as the astrologer managing to get away with what he told people since they were so gullible, or how the client had been talking to his aggressor this whole time and never even suspected anything, and it’s also ironic how by chance or destiny, Guru Nayak approached to him. Which is actually one of the themes: the irony of fate, as well as crime and guilt and human greed.

Since, in Language, we read «An Astrologer’s Day», we had to answer the following questions:

Since we read «An Astrologer’s Day» in Language, our teacher asked us to answers some questions about it.

1. Firstly, the astrologer worked in a phoney job. He wasn’t an actual astrologer since he couldn’t really predict the future or know things about people’s past. He always said and asked the same relatable and open questions to everyone. I understand that sometimes in life you have to do some things that you’re not proud of in order to survive, but I still don’t think it’s right to lie to people and make them believe stuff that’s not real.
Secondly, what’s even more important is that he once stabbed a man. He tried to kill him and I don’t sympathize with him. I don’t care if he was drunk or not because I believe that even if your drunk, you still have the ability to think and analyze that killing someone is not correct.
2. The irony can be seen in the story when the astrologer knows a lot about the man since he’s the one who tried killing him, the client has no idea.
3. The story takes place in India since the narrator describes that a vendor named his ware everyday with different Indian names: «Next to him a vociferousness came a vendor of fried groundnuts, who gave his ware a fancy name each day, calling it Bombay Ice-Cream one day, and on the next Delhi Almond, and on the third Raja’s Delicacy.»
4. – to gleam is to reflect a small and bright light.
– to be well disposed is to be willing to do something.
– paraphernalia is all the objects needed for or connected with a particular activity.
– to look careworn is to appear worried, unhappy and tired.
– to feel piqued is to feel angry because your pride has been hurt.
– to hoot is to emit a short high loud sound.
– a cheroot is a short, thin cigar.
– to mutter is to speak quietly and in a low voice that is not easy to hear, often when you are worried or complaining about something 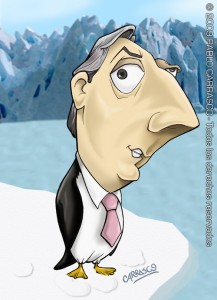 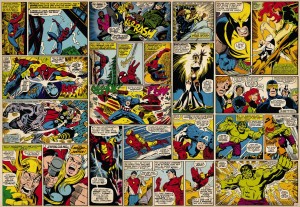 Our Literature teacher, Daniela, asked us to explain in more details the post-colonialism themes.

1. IDENTITY: who a person is, or the qualities of a person or group that makes them different from others

– in post-colonial literature, the protagonist usually struggles with questions of identity, usually caused by experiencing the psychological conflicts inherent to cultural assimilation to living between the old, native world and the dominant hegemony* of the invasive social and cultural institutions of the colonial imperialism of Mother Country.

2. *HEGEMONY: the position of being the strongest and most powerful and therefore able to control others.

3. DISCOURSE: communication in speech or writing.

4. OTHERNESS: being or feeling different in appearance or character from what is familiar/expected/accepted.

– post-colonial literature has made questions such as: do self and other translate inevitably into ‘us’ and ‘them’? can the other know/speak itself?

5. DIFFERENCE: the way in which two or more things which you are comparing are not the same.