In our Literature class we have been analysing the poem “Evening in Paradise” from Paradise Lost by John Milton and made this slideshare: 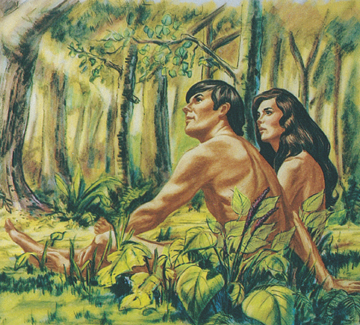 “Silence accompanied, for beast and bird, they to their grassy couch, these to their nests were slunk”, this quote depicts an analogy between night and heaven. Night is portrayed as peaceful, silent, still, made for rest, which shows a similarity to heaven, how heaven is commonly viewed as tranquil, where one is finally at peace.

Semantic field for Nature: “beast and bird, they to their grassy couch, these to their nests”

I hadn’t really thought of this scene in that way. Perhaps the “soft slumbrous weight [that] inclines [their] eyelids” gives the illusion or resembles someone giving in to death. But truthfully it is quite hard for me to view the scene as a funeral itself. I do see the connection between sleep and death, but not of the peaceful, natural atmosphere with a funeral.